1Fish passage barriers are being removed and habitat in the rivers is improving thanks to restoration projects.

2Bull trout and westslope cutthroat trout recovery is 14 years in the making.

3Success is due to collaboration among state, federal, and local governments, citizens, and the Kalispel Tribe of Indians.

As lead entity, the Kalispel Tribe of Indians Natural Resource Department’s fundamental challenge is to provide tribal members with an opportunity to engage in the same cultural practices as their ancestors, which includes fishing for wild salmonids. The tribe’s aboriginal territory consisted of more than 2 million acres of lands in the inland Northwest. The Kalispel Indian Reservation consists of fewer than 5,000 acres.

The Pend Oreille Salmonid Recovery Team is leading the efforts to recover bull trout, which are a culturally significant species and were listed as threatened with extinction under the federal Endangered Species Act in 1999. While no recovery goals have been set for bull trout in this region, restoration activities have precluded future listings of native fish species, such as westslope cutthroat trout. 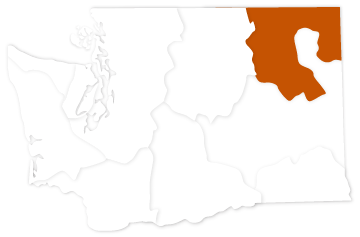