1Summer chum abundance is approaching recovery goals in both the Hood Canal and Strait of Juan de Fuca populations.

2Summer chum spawn in the lower 1 or 2 miles of their home rivers, making river estuaries important nurseries for young fish and the focus of restoration efforts in this region. Read more in our story map.

3Revised fishing regulations, habitat protection and restoration, and land use practices that ensure habitat is high quality and will remain in place as conditions change are needed to ensure summer chum salmon populations continue to increase.

Hood Canal is a glacier-carved fjord more than 60 miles long, which forms the westernmost edge of Puget Sound. The canal is home to a unique species of salmon called Hood Canal summer chum salmon. They are the first fish to return each year and have been documented in most of the major rivers that drain to Hood Canal.

Hood Canal summer chum are one of four species of salmon and trout in Hood Canal listed as threatened under the federal Endangered Species Act. The Hood Canal Coordinating Council’s summer chum salmon recovery plan was adopted by the federal government in 2007. The 10-year, $252 million plan focuses on fixing the places salmon live so that more survive the trip to and from the ocean and make it home to spawn. 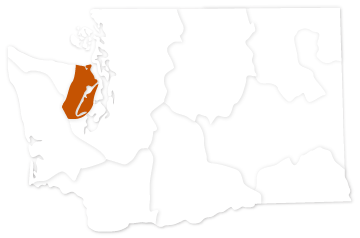